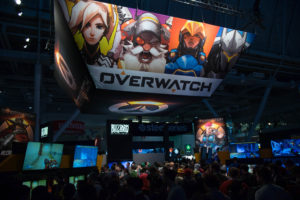 Major League Baseball doesn’t make its money by trying to get more people to play baseball. The MLB’s main business model isn’t selling balls and bats. Baseball’s profits come from its fans, not its players.

Yet eSports today is based on a developer revenue model that’s oriented toward getting more people to play. Games are designed to be profited from by the player. The viewing ecosystem is dominated by platforms and personalities, with developer benefits largely revolving around promotion leading to secondary sales.

This will change. People have been speaking about the eSports revolution, but they haven’t spoken about the business model that underlies the entire ecosystem, and what needs to change for eSports to really break out.

eSports has huge engagement. 84 minutes is watched on average! Yet we’re not seeing these viewers monetized directly by the developers. The tournaments themselves and the huge pots, drive promotion to encourage more people to play. 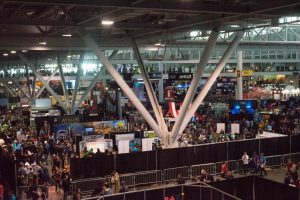 There are far more people out there who will watch, and casually play, eSports than there are people who will invest in play. That’s not to diminish the number of players and the amount of money being spent on League of Legends, Dota 2, etc. It’s stating a simple fact that there’s a much bigger market out there for monetizing view directly.

Yet that monetization is still hard while the player camera remains the primary way in which we watch eSports. It still takes a player to understand what’s happening. The real eSports revolution begins when we can make the game simple to understand and incredibly fun to watch for people who aren’t intended to be monetized by players.

Genvid’s tools make this possible. We see the future of eSports as being about dozens of cameras positioned around the arena like real sports are, where the developer is making an amazing broadcast that captures viewer’s interest in the game as well as its players.